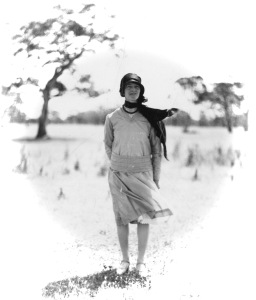 The seminal work on the history and culture of the Boandik people. Christina Smith was an active missionary among the aboriginal people in the South East of South Australia during the nineteenth century.  She is featured as a character in Boss.

Leith McGillivray: We have found our Paradise

A very interesting article by the late Leith McGillivray on the development of white settlement in the South East of South Australia.  I am also fortunate enough to be in possession of Leith’s outstanding PhD thesis on the same subject.

The novelist Rolf Boldrewood was a great mate of the Hunter brothers, and more broadly a part of the gang of young squatters and horsemen, known as the Goulburn Boys, famous for their larrikin exploits in the Goulburn Valley region of Victoria.  This rather rambling memoir includes a visit to the Hunters at Kalangadoo, in which Boldrewood describes in interesting details some of the local squatters, including Evelyn Sturt and Willie Mitchell.

From the Manning Index of South Australian History, a very interesting resource on some of the interactions between the white settlers and in the indigenous inhabitants of South Australia, drawn from various historical sources.

Our thanks to Dan and staff at Muse for their generous support for our launch of Boss in Canberra.  Muse, in the East Hotel precinct, is a great supporter of writing in Canberra.

My thanks to the National Trust at Glencoe for their generous support of my launch of Boss at that venue.

Balnaves of Coonawarra: wines of integrity

Balnaves of Coonawarra have provided generous support for the launch of Boss at the Glencoe Woolshed.

The Mount Gambier Library stocks a copy of Boss, and has been very supportive in promoting the book, and its launch in Mt Gambier. 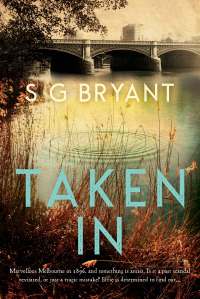 Taken In is available online at a range of retail outlets, including Target, Angus & Robertson, Booktopia and Amazon.

Taken In is also available at the Muse Bookshop in Canberra, at Collins Booksellers in Mount Gambier, and at the Kalangadoo Farmers Market.

You can purchase a copy of Boss, in ebook or hard copy, from all major online booksellers, including Amazon (in hard copy and ebook)

And many others, including IBooks, Booktopia, the Book Depository etc…

Boss is also now available in Canberra at Muse Bookstore, BeyondQ and Harry Hartogs. And it is available in the South East of South Australia, at Collins Booksellers in Mount Gambier and at the Kalangadoo Farmers Market.